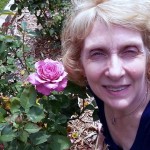 Luke 1:6 “And they (Elizabeth and Zacharias) were both righteous before God, walking blamelessly in all the commandments and statutes of the Lord.” (ESV)

Elizabeth and Zacharias, the two people proclaimed godly in this verse, gave birth to John the Baptist. If you continue reading the first chapter of Luke, you discover their story. While Zacharias performed his priestly duties, an angel appeared to him to announce his wife would bear a son. Up until that time, he and his wife had no children, so this was great news. Frankly, I expected the man to jump up and down or shout praises. Instead this priest—whom God declared righteous—asked for a sign.

Hmm? So where was his faith? This holy man doubted? How could that be after God applauded his sterling character? Throughout Scripture God made it clear that “the just shall live by faith.” (Hab. 2:4)  Later, Jesus complained about his reception at the hands of Jewish people because “This generation is an evil generation. It seeks for a sign…” So how could the Lord label Zacharias blameless when he did the same thing?

I believe the answer can be found in 1 John 1:7 “But if we walk in the light, as he is in the light, we have fellowship with one another, and the blood of Jesus his Son cleanses us from all sin.” (ESV) Yes, Zacharias blew it when he failed to believe. However, I’m sure he repented when he found out he wouldn’t be able to speak again until after his son’s birth. After his wife delivered, his speech returned, and he overflowed with praise. The Lord knew how his priest would respond. Zacharias’s heart sought God, so Christ’s sacrifice covered his sin.

I often fail too, and my tendency is to berate myself, even after I confess. This passage encourages me because it teaches the Lord still regards me as holy, even when I fall. He knows my heart, and my weaknesses. I’m made of dust. Even though I strive never to trip up, I still do. When I stumble, I run back to his arms and seek forgiveness. He sees me as righteous because I’m under the blood. “There is therefore no condemnation to those that are in Christ Jesus.” Romans 8:1. 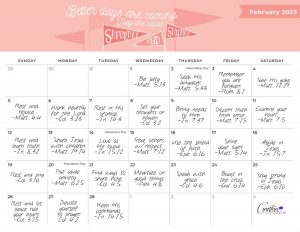